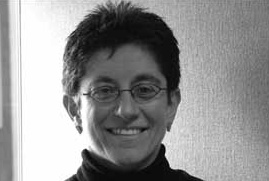 Public Knowledge
Gigi is the co-founder and president of Public Knowledge, a non-profit dedicated to preserving the publicâ€™s access to knowledge, promoting creativity through balanced copyright, and upholding and protecting the rights of consumers to use innovative technology lawfully. As PKâ€™s chief strategist, fundraiser and public face, she is frequently quoted in the New York Times, Washington Post and Wall Street Journal, as well as in trade and local press and has appeared on numerous television and radio programs, including the Today Show, The McNeil-Lehrer Report, C-SPANâ€™s Washington Journal and National Public Radioâ€™s All Things Considered and Morning Edition. In May 2006, the Electronic Frontier Foundation gave Gigi its Internet â€œPioneerâ€ Award.