Football Leaks: Annotations and the Biggest Leak in Sports

Football Leaks: Annotations and the Biggest Leak in Sports 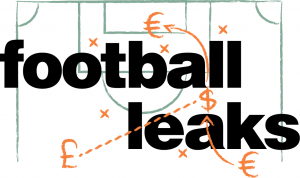 Publications around the world are now reporting on what people are calling “the largest leak in the history of sport”: over 18 million documents that reveal the shadowy financial practices of some of Europe’s leading professional soccer stars. More than 60 journalists working in twelve countries developed the #footballleaks stories, working within European Investigative Collaborations (EIC), a new network designed to facilitate multi-organization investigations in a short time, unconstrained by geographical boundaries. Included among the member organizations of EIC are Der Spiegel, Le Soir, El Mundo, Newsweek Serbia, Mediapart, Politiken and L’Espresso.

“After more than 15 years of experience in small and large collaborative projects, I was looking for technology that allows journalists to work together on the same documents. That’s when I found Hypothesis.

To help uncover the larger stories buried in millions of documents, some #footballleaks journalists used Hypothesis to create and share annotations, highlighting key findings and making connections that benefit the whole team. To ensure the privacy of their work, EIC installed a dedicated annotation server with added security measures that can be used in future investigations.

“After more than 15 years of experience in small and large collaborative projects, I was looking for technology that allows journalists to work together on the same documents. That’s when I found Hypothesis.” explains Stefan Candea, who coordinates the EIC partnership. “The main advantage of this technology is to be able to work directly on source documents and annotate findings, leaving a trace on the document for others to see.”

As the #footballleaks story continues to unfold, the EIC is testing how shared digital annotation can shift the paradigm of investigative collaborative projects, with a special focus on the security requirements necessary in such sensitive work. Read more about how this community worked together to break one of the biggest stories of the year.