Until now, researchers have had no uniform way of taking and organizing personal notes, collaborating with others, or engaging in public discussions on documents across the web. Existing solutions are limited in scope, proprietary and poor quality.

Publishers struggle to differentiate themselves when their content ends up as PDFs uploaded to large scholarly networks, where the true engagement happens.

We envision a world in which a standards based annotation capability functions everywhere on the web without restriction.

Your content can stay on your site, and can be enhanced by layers of annotation curated by authors, community members and others.

Author’s notes, invited discussions, published reviews, enhanced footnotes and better tools for researchers can give your journal the edge that increases submissions and keeps your readers at your site.

Your content shouldn’t have to be uploaded somewhere else in order to come alive.

Choose a community, not just a product.

Join the community that’s taking control of its future by adopting open-source, standards-based annotation technology instead of proprietary, siloed offerings that are mutually incompatible.

Hypothesis works at the center of the open annotation community.

We offer a unique proposition — the ability for researchers, scholars, students and citizens to take notes on or collaborate around any content anywhere.

Services which only work where they’re embedded fundamentally fail the promise that standards-based web annotation offers, namely a single platform that works everywhere.

Why will your users adopt annotation if it only works on your content?

Open-source technology brings many benefits — most fundamentally that others can contribute to, extend, or fork the code. It also helps protect you from being locked into technology that you can’t control. Hypothesis’ permissive BSD-2 license means that if you ever decide you want to run it yourself, you’re free to do so — no questions asked, no royalties due. We believe passionately that in order for this new paradigm to take root at web scale, it must be completely free and open in every sense.

Hypothesis is a mission-focused organization supported by like-minded partners like you. We are here for the long haul and our open-source codebase cannot be bought by your competition, or anyone else who wants to shut it down.

Our partners decide our roadmap and in many cases also fund new development, contributed back as open-source improvements to our shared codebase. As an example, NYU Press approached us to suggest that we work with the ReadiumJS core team to bring annotation to ebooks. That work will finish Summer 2017, after which it will be available for anyone to reuse for their own purposes.

We believe open-source software should be substantially better than it’s closed counterparts. With industry firsts like private groups, publisher groups, moderation, UX customization, HTML <> PDF cross-format anchoring, DOI support, direct linking, a powerful faceted search function, an open API, support for MathML and rich media, Hypothesis has led essentially every innovation in this space, period. Our roadmap for the years ahead is packed with key improvements that will dramatically expand the capabilities and potential of web annotation from here.

Adding Hypothesis to your platform often just takes minutes. In its simplest form, it’s just a single line of Javascript added to your templates. We also offer open-source libraries to facilitate enabling annotation on PDFs, and full documentation for those who want to integrate with our API or do even more.

Talk with us about how to add annotation to your publications.
Contact Us

A coalition of some of the world’s leading publishers, platforms, libraries, educational institutions, and technology organizations are coming together to create an open, interoperable annotation layer over digital content.

Meet Our New Director of Product

Chris Shaw joins our product team, where he’ll coordinate how to augment Hypothesis to move social annotation forward. Learn about Chris's career arc, why he’s excited about Hypothesis, and his takes on bots, community building, huskies, and more.

Hypothesis now has over a million users. How did we get here? By making reading active, visible, and social for the world.

The ability to share insights, findings, notes, guidance and other information with your peers or the larger community around research is fundamental. That basic desire has given rise to a whole class of dedicated applications that facilitate collaboration around scholarship. Now for the first time, that capability is able to be brought to documents where they live, on publisher’s sites. It enables post-publication discussion, journal clubs, personal note-taking and much more. 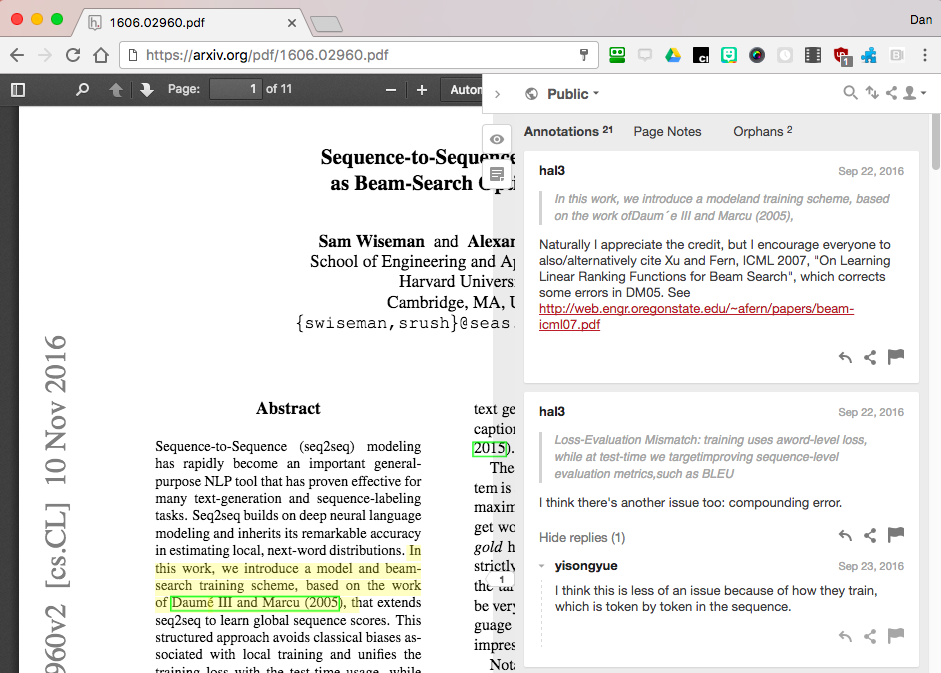 Annotations can also be another form of content you produce as a publisher. From author’s notes, to invited discussions, open reviews, lay summaries, and a range of other kinds of enhancements, there is a story about the content that you publish which can be told through annotation. Tell that story in a way that adds value to the content as discoverable on your site. 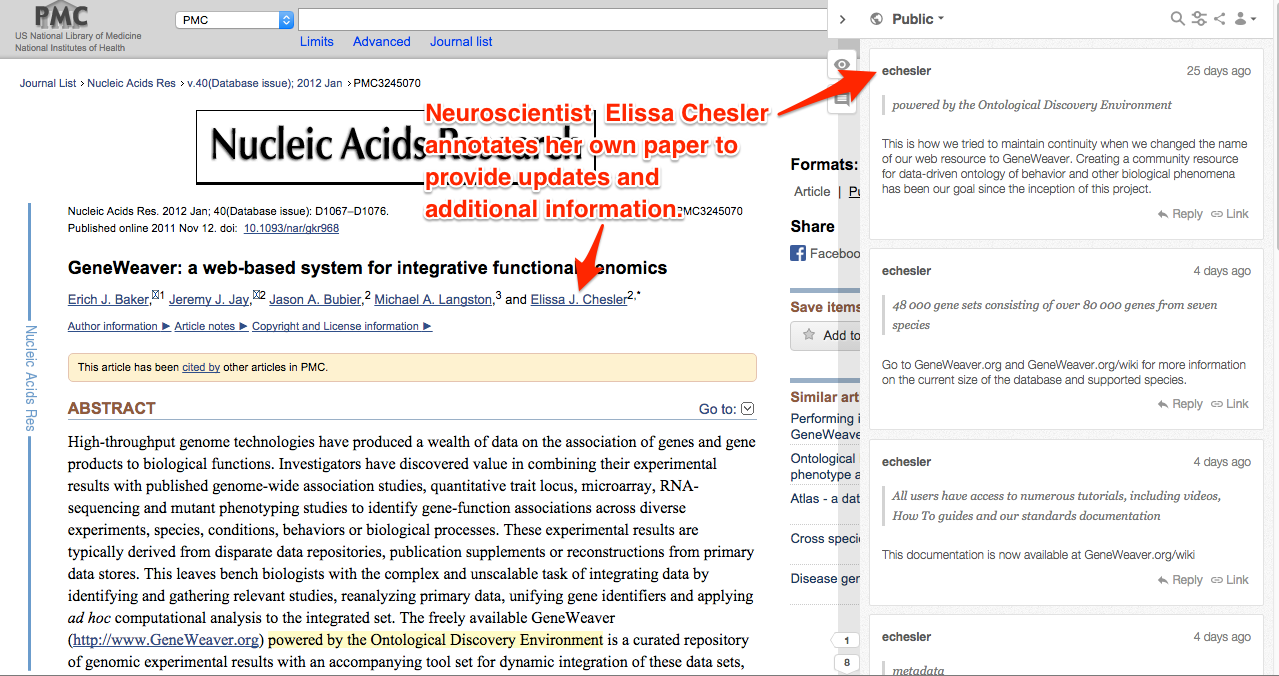