Glad to Join the Conversation 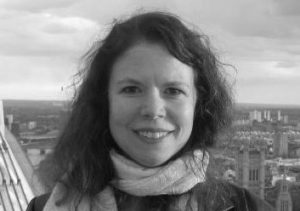 I couldn’t be more thrilled to join the Hypothesis team as Director of Partnerships. As I wrote in my initial reachout to Hypothesis, sometimes you feel as if you have been preparing for something your entire life, as if there was a plan that you were aware of only subconsciously. My long winding road through scholarly content, ed tech, and standards finally makes sense: Hypothesis was the plan!

I fell in love with the possibilities that what we then called “electronic publishing” could offer researchers and readers, when the publisher I worked for moved to an xml-based workflow for books in 2004. This was extraordinarily early to make such a move, and it wasn’t without some huge bumps in the road. But these primitive early days seemed to hold so much promise. When I decided a few years later that I wanted to work on the technology side full-time, I reached out to some recruiters for advice. “I want to learn how technology can make the lives of researchers easier,” I proposed, when asked what types of positions I wanted to pursue. The recruiter just shook his head. There is no such job, he told me. I knew that he was wrong.

I cut my teeth as a product manager for SpringerLink at Springer SBM (Now Springer Nature), learning about the universe of services and datafeeds necessary to make the reader experience work like magic. I was fascinated by metadata, MARC records, discovery services, link resolvers, text and datamining, Open Access. Cooperative ventures like Crossref and standards organizations like NISO offered the promise of industry collaboration that only a few years before I would have believed to be impossible. I learned to my surprise that I was a joiner—of working groups, of committees, of initiatives. I put together programs, I connected people, I named a suggested practice (ESPReSSO, if you must know)! There was a whole world out there around scholarly communications—one filled with people who really cared deeply about other people. I met fellow publishers, a multitude of vendors, and so many librarians! I never tired of exploring this new universe of interconnected people and services who together formed a glorious tapestry.

In the fall of 2012, I joined a startup out of Stanford. SIPX (formerly the Stanford Intellectual Property Exchange) utilized a powerful technology to streamline the workflow for instructors and librarians assigning readings for classroom use. I turned my attention to the teaching and learning space, focusing on ways to save instructors time and frustration, while saving money for students and institutions. Getting back to my academic roots, I explored Massive Open Online Courses, competency based learning, gamification and badging, and more. With two boys moving up through middle school, the rapidly evolving education space seemed more relevant to me than ever before. We were able to see SIPX find a great home in the higher ed space with ProQuest (and later Ex Libris), but the subtle feeling of wanderlust was creeping up on me.

I first learned of Hypothesis about three years ago, when they shared a stage with SIPX at the Charleston Conference. A heavy annotator in the print realm, I’d never wanted to put in the time in a siloed—potentially fleeting—“electronic” world. (Technology can break your heart—I was a Google Glass Explorer, so I should know!) I remember thinking at that time, however, that this new company Hypothesis was onto something. Fast forward three years, and suddenly, as my new colleague Nate Angell recently noted in his initial Hypothesis blog post, “It seems like all paths were pointing me to Hypothesis.” I quickly discovered how busy Hypothesis had been in the past few years. There was a conversation going on through annotation, a conversation that I had barely been aware of, and I discovered that I wanted in!

After the most extensive interview process I’ve ever experienced, I was invited to join the team to build something important for scholarly communication, for information literacy, for the world. A mission-driven organization dedicated to standards-based collaboration across all content everywhere, Hypothesis is already working with the education and the publisher space. I’ll be working to create and strengthen partnerships with instructors, publishers, and workflow tools, to explore the ways that collaboration through annotation can improve information literacy and deepen conversations around content.

Amidst the exhilaration, I couldn’t help but think back to that conversation with the recruiter in 2007. (I won’t throw him under the bus, because I know for a fact that he has changed his tune.) “There is no such job,” he told me with an air of finality. I wish I could say that the perfect response was at the tip of my tongue that day in New York City. But, like most perfect responses, they come to you years later, over breakfast or in the shower. “There will be,” my time-traveling-self projects itself back to tell him.