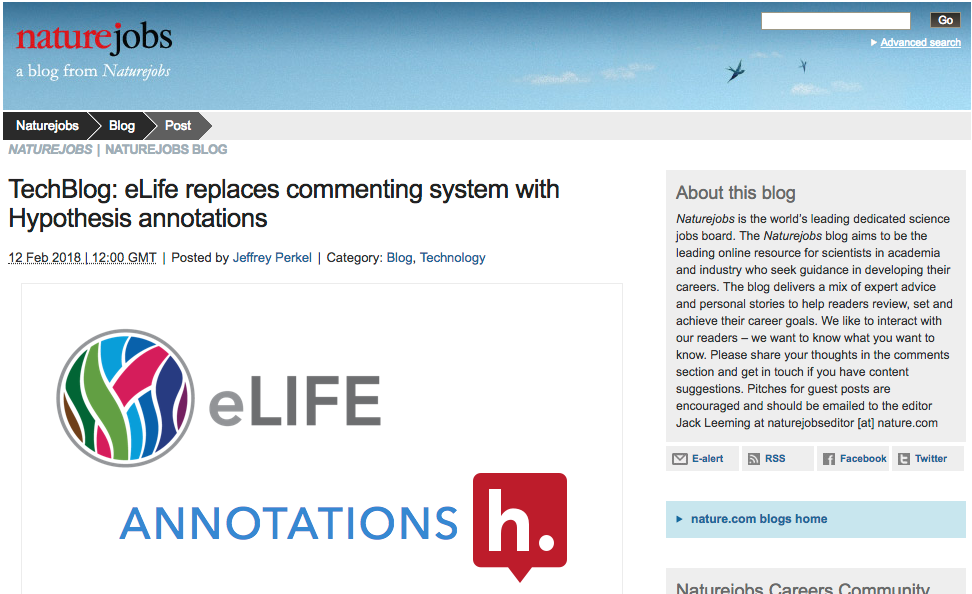 Source: Naturejobs
The next time you feel moved to comment on an article in the open-access online journal eLife, be prepared for a different user experience. On 31 January, eLife announced it had adopted the open-source annotation service, Hypothesis, replacing its traditional commenting system. That’s the result of a year-long effort between the two services to make Hypothesis more amenable to the scholarly publishing community.