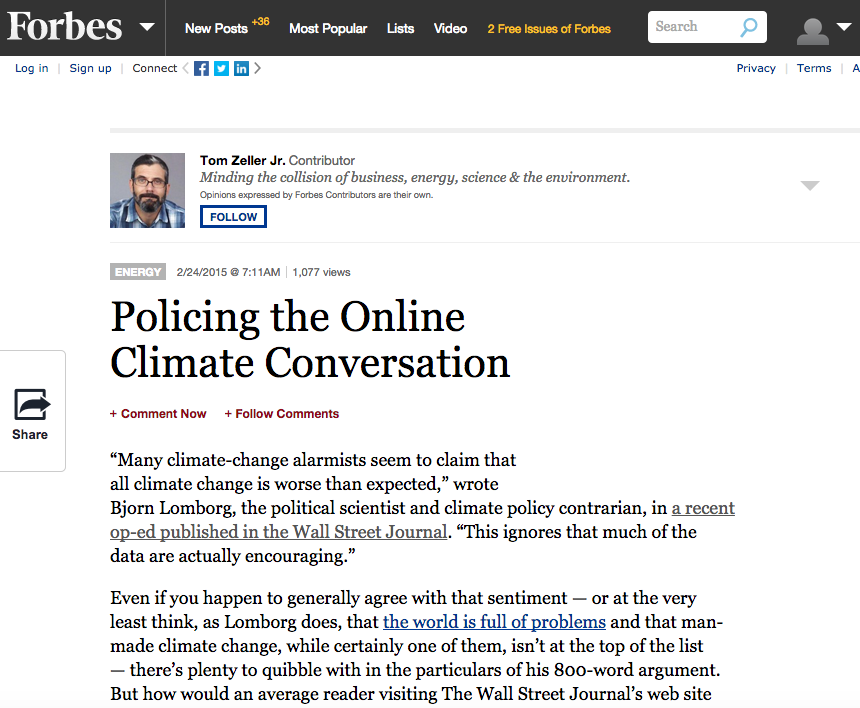 Source: Forbes
Dan Whaley, the founder of Hypothes.is, said future iterations of the tool will address this by creating group modes or channels. This would allow a Hypothes.is user to visit Bjorn Lomborg’s op-ed and quickly isolate only the annotations of the Climate Feedback Project’s team of scientists. It will also allow the project to restrict its membership only to those scientists it has vetted for commenting under its name. The long-term goal, Whaley said, “is to have high quality content discoverable publicly as an annotated layer over the Web.”
</di