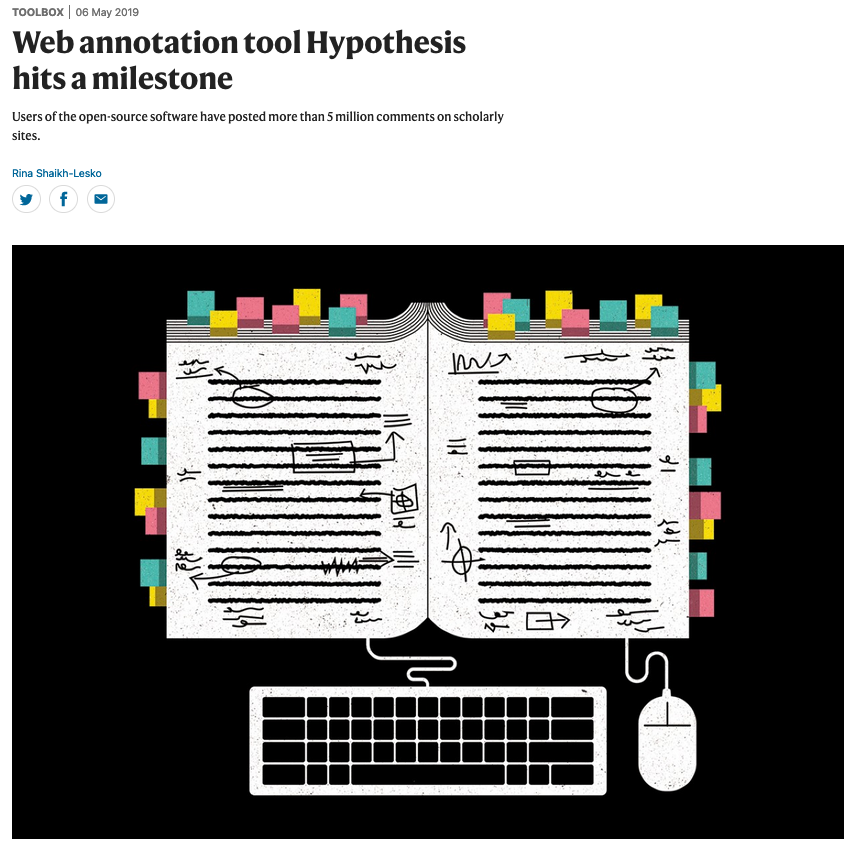 Source: Nature
The team behind Hypothesis, an open-source software tool that allows people to annotate web pages, announced in March that its users had collectively posted more than 5 million comments across the scholarly web since the tool was launched in 2011. That’s up from about 220,000 total comments in 2015. The company has grown from 26,000 registered users to 215,000 over the same period.

Get a Free Pilot Through Fall’s Uncertainty: Anchor Student Reading With Annotation

5 Ways to Use the New Hypothesis Canvas Groups Integration

Canvas Groups integration is here! Find out what that means for courses, both large and small.