WITH WEB ANNOTATION, YOU CAN COMMENT ON ANY PAGE—BUT SHOULD YOU?

WITH WEB ANNOTATION, YOU CAN COMMENT ON ANY PAGE—BUT SHOULD YOU? 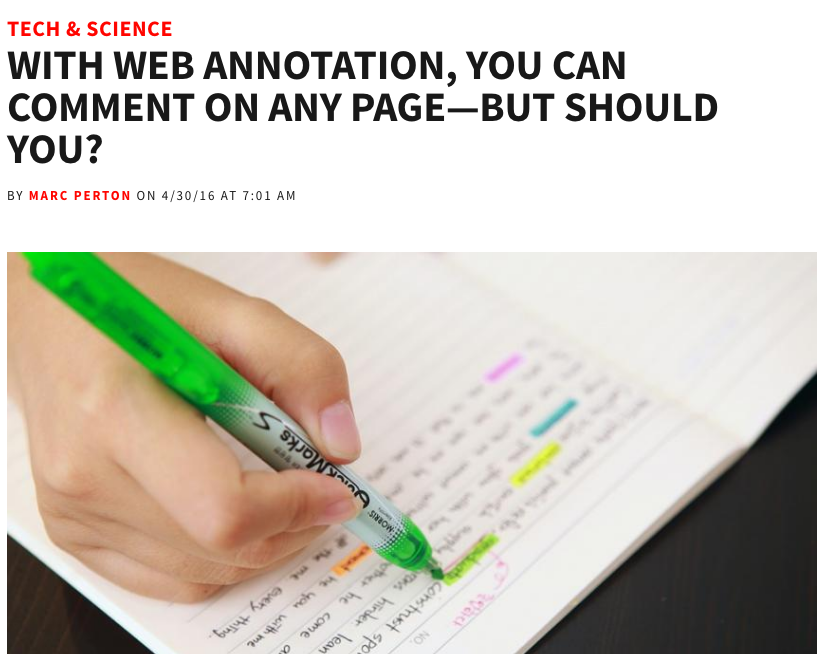 Source: Newsweek Tech & Science
Earlier this year, a group of climate scientists were outraged about a Wall Street Journal editorial. In an earlier era, they might have written a letter to the editor, or meekly submitted their opinion piece for publication. Instead, they did what scholars have long done in academic circles: they annotated the WSJ broadside.

Join OLC Innovate 2021 keynoter Dr. Rajiv Jhangiani and the AnnotatED community for a free pre-conference workshop on social annotation and a special episode of Liquid Margins.