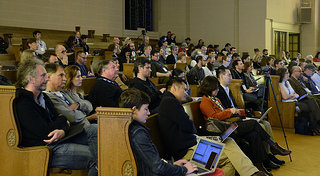 Amidst the temple-like setting of the Internet Archive, Hypothes.is and the Frankfurt Book Fair, with the support of the Andrew W. Mellon Foundation, swissnex San Francisco, and many sponsors, held the fourth edition of Books in Browsers, the leading summit for the cutting edge of innovation in publishing.

Over 200 attendees gathered to hear over 30 talks, all of which are available on a per-session basis on video. Hypothes.is was well represented by Jake Hartnell of UC Berkeley and Dan Whaley, who provided a quick overview of online annotation and its technical foundations, and then launched into a live demo of annotation integrated in epub.js, a Javascript-based epub3-ready book viewer. The ability to open up an epub book on a web browser and then annotate it on the fly was a superb example of the power that emerges when publications are made openly available through the web. Perhaps one of the most tweeted comments of the entire conference was when Jake observed that “The browser is the greatest publishing and reading application of all time.”

Endorsements of open annotation rippled out from the audience. Safari Books Online’s VP of Engineering, Liza Daly, tweeted that they were porting their proprietary annotation code to the open Annotator platform underpinning Hypothes.is. Doug Schepers of the W3C standards group remarked on his desire to use Hypothes.is in the web platform work he is helping to drive, and the IDPF and W3C are attempting to coordinate annotation standards activity for digital publications.

A significant focus for BiB this year was on design and interaction, with many talks on the first day picking up the growing interleaving of print and digital worlds. Playful designs by Étienne Mineur of Les Éditions Volumiques which melded smartphones, sensors, and game boards, or electronics, networks, and crafted books, was typical. But the theme of craft extended well into the design of digital books as well, with speakers acknowledging the growing maturity of web based production tools and internet standards as an increasingly easy-to-use construction kit for narrative experiences.

While speakers focusing on the depth of interactive designs weren’t shy in noting that the web lacked the precision of current print layout engines, there was a realization that there was a unique web-infused form of story-telling. What is singular in the craft of web-based stories are not the tools themselves, which must be simple and quotidian, but their ability to engender unique, contextually-driven environments in which readers can exercise control over the framing of a story. Content, it was noted, must be increasingly procedural, embodying linkable metadata and “paratext” that enables machine-powered renderings, like trojan-horse automata that permit API-based enhancements and flexible, platform-specific renderings.

Importantly for Hypothes.is and our focus on user-based engagement through annotation, the theme of reader-as-author was recurrent. Adam Hyde of BookSprints focused on collaborative book production that permits the preparation and publication of niche or laser-focused materials that would otherwise be unable to find a home on digital bookshelves. Anna von Veh of Say Books discussed the creative upwelling that emerges around books, TV, and film, generating teams of co-producing writers and videographers working together to imagine alternative stories. 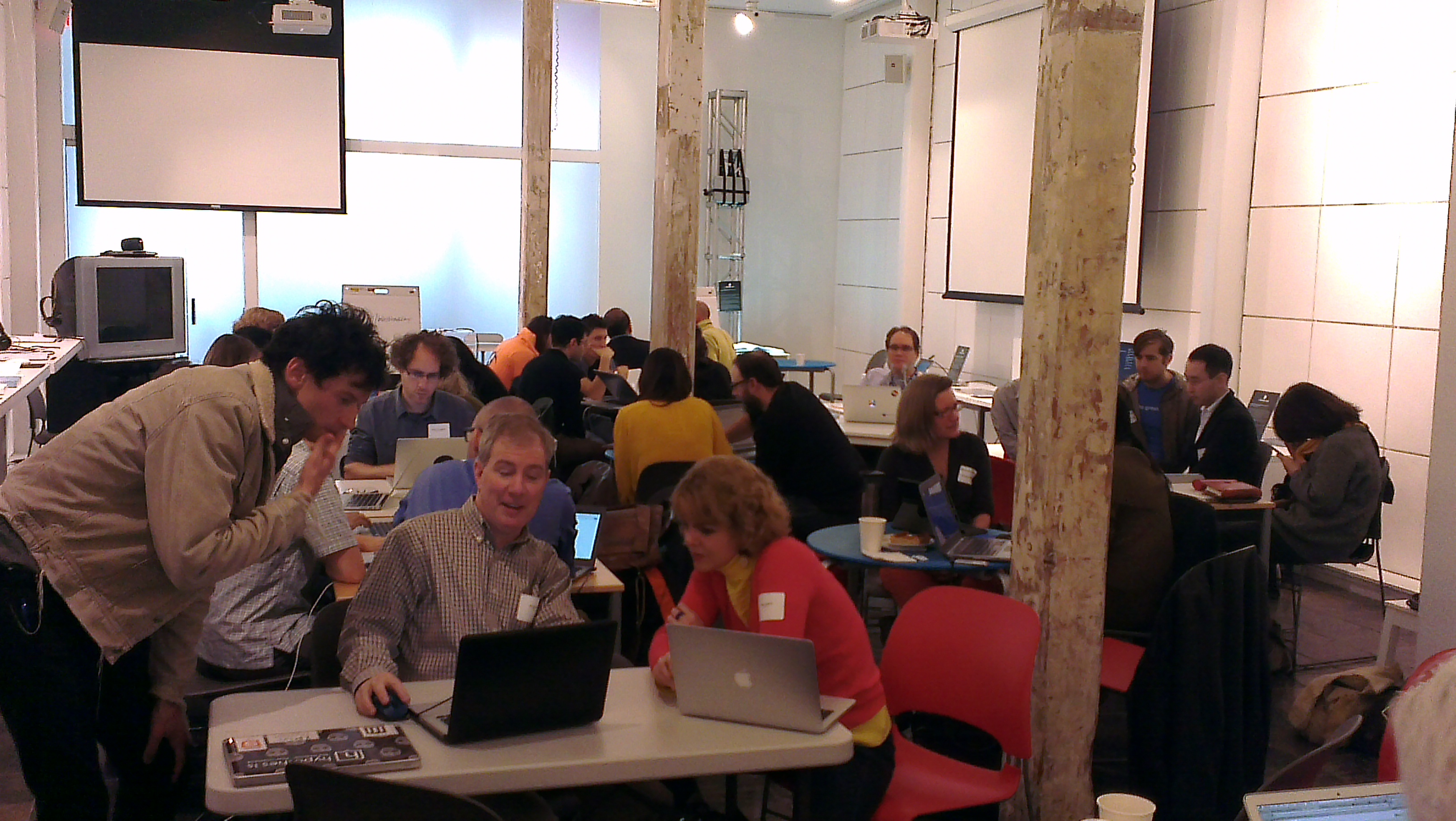 The interest in Hypothes.is’ annotation was rampant on the hackday hosted by our co-sponsor swissnex San Francisco. Working with Voyager Japan, we were able to demonstrate annotation working with vertical Japanese texts without any necessary modification. Erin McKean of Wordnik went part way towards integrating annotation into an online dictionary with the guidance of Randall Leeds. Early-stage integration with an iPython notebook was demonstrated by Raymond Yee of UC Berkeley, annotating a passage of Luke. Annotating OER texts was also explored.

Books in Browsers was an amazing window for Hypothes.is into the growing acceptance of a world in which we can support a layer of discourse over the top of the web. Rapidly becoming one of the default tools through which people expect to interact with the networked world around them, open annotation is attracting new partners wherever web developers gather.