Counting Down to a Million Annotations

Counting Down to a Million Annotations 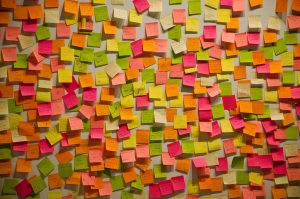 By the end of today, someone will make the one-millionth Hypothesis annotation.

Who will it be? Will they be factchecking a news article? Linking crucial information to a scientific study? Unpacking a short story with other students? Collecting data for new research? We are about to find out!

Join the celebration by sharing your annotations on Twitter, Facebook or LinkedIn with the #millionannotations hashtag. We’ll let you know who made the millionth annotation, the story behind what they were annotating, and share our appreciation for the Hypothesis community that together made a million annotations.

New capabilities and new use among scientists, journalists, educators, and students made 2016 Hypothesis’s largest year ever and all this activity is about to generate our millionth annotation. Our service went from 29,168 registered users in January, more than doubling to 71,682 registered users in December, who throughout the year contributed over 680,000 annotations in the public annotation stream or using our new private annotation groups. In September we had our highest number of active annotators, when 5,638 people made at least one annotation using Hypothesis. 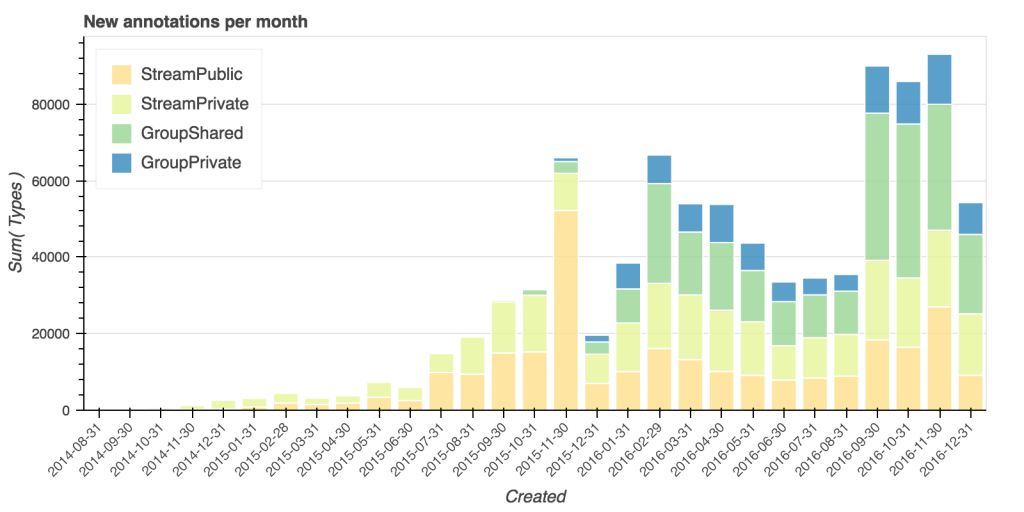 A big part of this growth is due to our efforts supporting Hypothesis in K12 schools, colleges, and universities as a tool for assignments and group interactions. You can clearly see the impact of the North American academic calendar on the patterns in annotation numbers. 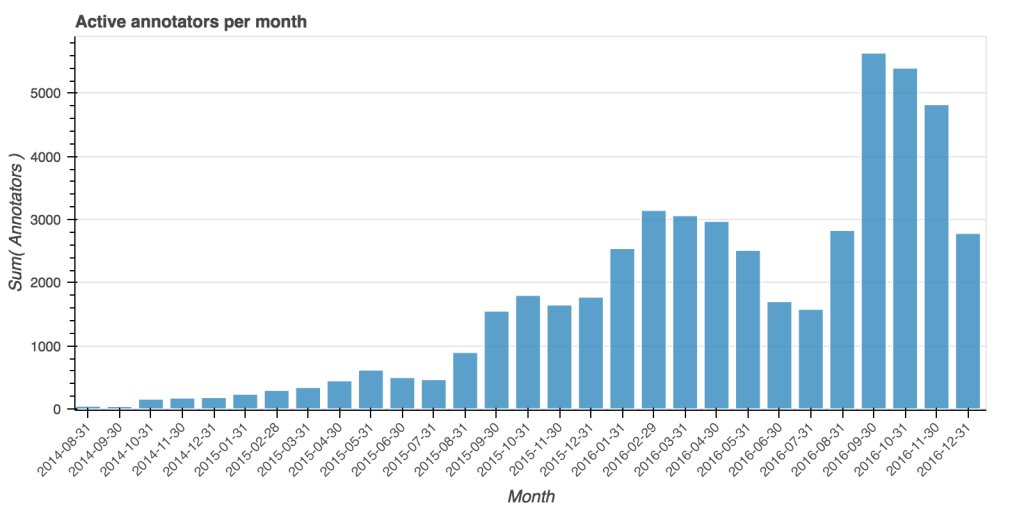 Another  growing category of annotations is generated by user-created programs that use Hypothesis, such as SciBot (a program that adds rich annotations to scientific articles) and The Digital Polarization Initiative (a program to build student web literacy through annotation and factchecking), implementations that have been made possible by the availability of API tokens and a growing community of annotation developers.

New capabilities also generated new users and uses: We launched our groups feature in November, 2015 and we saw the use of groups become a larger portion of the overall annotation totals throughout the next year—now over 650 private groups are created per month. We also introduced direct linking and saw a steady growth in the number of shared links directly leading to annotations. Later in 2016 we launched a new search page, and profiles for users and groups, giving people more tools to explore and share their annotations.

In 2017, we’re expecting to see even more dramatic growth in annotations as we release more capabilities and expand our community through new partnerships with educational institutions, platforms, and publishers, like the partnership we announced with eLife, the open access life sciences journal, and our partnership with journalists working in European Investigative Collaborations. We expect to see two million annotations well before 2017 is over!