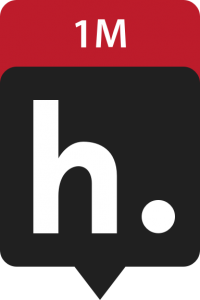 It was getting close to midnight and the Hypothesis team was watching the counter of total annotations tick up: 999,646…999,752…999,845…by 10:37pm Pacific Time it was 999,959 and we knew we’d reach one million annotations that night. People all over the world were busy taking notes using Hypothesis—students, journalists, researchers, scientists, scholars—most without knowing that our team and the annotation community on social media were rooting for their work. Countdown tweets for a #millionannotations were starting to gather an audience. Who would add the millionth annotation?

The next day, the story unfolded. A high school student in Brian Boone’s economics class at Edison High School in Huntington Beach, CA made the millionth Hypothesis annotation as a part of a class assignment to engage with current events, in this case focusing on a primary source document posted by National Public Radio, already annotated by NPR reporters.

This is exactly what Hypothesis is working to do: empower people to add their own voices to the layers of information on the web.

The student was not alone: Edison classmates were adding dozens more annotations to that document and had together created more than 1,500 annotations just that week. Across the Huntington Beach Union High School District (HBUHSD), more than 750 students had already made over 5,000 annotations as a part of this new initiative to bring collaborative web annotation into classrooms, shepherded by HBUHSD Educational Technology Coordinator Chris Long.

We’d like to celebrate this millionth annotation with you, our users—not just to mark the act of a single student, but also to recognize everything that led up to it. Other students engaging directly with knowledge at Edison, across HBUHSD, and at all the other schools around the world using Hypothesis. Everyone who together made the first 999,999 annotations and continue to make more, creating new layers of engagement and information across the web. The people at Hypothesis and beyond that have been building the technologies, standards, and practices to make universal annotation possible. And our wider community that supports this ambitious mission. Thank you for what you’re doing to make annotation happen!

We’ll be talking more with Chris, Brian, and Brian’s students about their work and will bring you more details in the story of the millionth annotation, how it intersects with teaching and learning, and what it represents in the larger story of universal annotation.