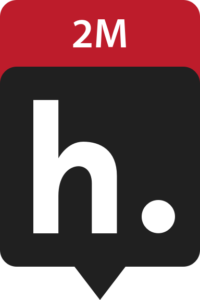 Behind these two million annotations is a remarkable story of Hypothesis’ increasing capabilities and wider adoption. In these last nine months, we’ve collaborated to extend open annotation to EPUBs — the third most common web publication format after HTML and PDF —  and released new capabilities for moderation and to handle orphaned annotations when content changes. We also launched publisher groups, a new Hypothesis configuration that enables publishers to establish and manage a default branded and moderated annotation layer to increase reader engagement, enhance content, and focus attention on the publication of record.

In scholarly publishing, Hypothesis is fast becoming an essential component in the open toolchain that is spreading across the sector as a common strategy. While our second million annotations were building, Hypothesis formalized partnerships with AGU, bioRxiv, eLife, Highwire, MIT Press, Open Therapeutics, QDR, and Sliverchair, and we will soon announce more with publishers and platforms large and small. At the same time, we’ve been continuing our collaborations to advance scholarly practices with organizations like AAAS, Crossref, the Initiative for Open Citations, NYU Press & Libraries, ORCID, and our participation with over 70 companies and organizations in the Annotating All Knowledge Coalition, which will share its annual meeting with the Collaborative Knowledge Foundation on 24 Oct in Berlin the day before FORCE2017.

As we have seen before, a large share of our second million annotations were created by students, working with educators who are using annotation to generate learning through direct, social engagement in texts. Teachers and instructional technologists at multiple K12 and higher education institutions have been collaborating with Hypothesis to refine our integration with the Instructure Canvas learning management system — work that we are now using to build a more generic integration for wider educational use in a variety of platforms.

Thank you to everyone who has created annotations, extended tools and practices, and spread the word about open, universal annotation and Hypothesis — this milestone is a testament to the efforts of our entire community. Here’s to the next million annotations and further proof that our mission to bring an open conversation over the whole web is succeeding.

View All Events
Community, <a href="https://web.hypothes.is/privacy/